An ongoing series wherein CWILL BC writers and illustrators connect a picture or an item to one of their books. 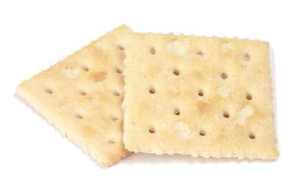 I had a friend in high school with a hormone-related tendency to faint occasionally. Usually, there were clues this was coming and she could pop a pill or stay home from school. But in grade eleven, without warning, she passed out in the middle of class.

I don’t remember whether an ambulance came. What I do remember is our mousy high-school counselor shoving soda crackers into my friend’s mouth, in case she had anorexia. Now, even as a sixteen-year-old, I could have told you that combining soda crackers and unconscious people isn’t the best idea. Not to mention the rumors she started about my now apparently anorexic friend.

All this is to say that when, in the opening scenes of Anywhere But Here, my main character was sent to a school-mandated counseling appointment, I made the counselor mousy, anemic, and entirely incompetent. I even made her extra klutzy. And I giggled vengefully to myself.

But then she changed.

Somehow, through the course of the book, this very minor character gained insight and assertiveness. She developed a love life. She went from uttering inanities to actually proving useful in a crisis.

Ms. Gladwell appears in a total of seven short scenes. (I just counted.) But her story makes me smile whenever I think of the book. I feel as if I pointed her toward a happier life. And maybe when I look back at that long-gone counselor from my own past, I’ll think of her with slightly more grace.

My main character on the other hand… well, Ms. Gladwell was a little helpful with his various predicaments. But mostly, he’ll have to sort out both grace and happiness for himself.

Tanya’s most recent book, Anywhere But Here (Simon Pulse), was released on October 15, 2013.

I am a children's writer. I write picture books, middle grade novels and graphic novels. Also angry tweets, once in a while.
View all posts by Dan Bar-el →
This entry was posted in books/writing, new publications, novels, Starting Points, writing process and tagged New books, Tanya Lloyd Kyi, writing process. Bookmark the permalink.